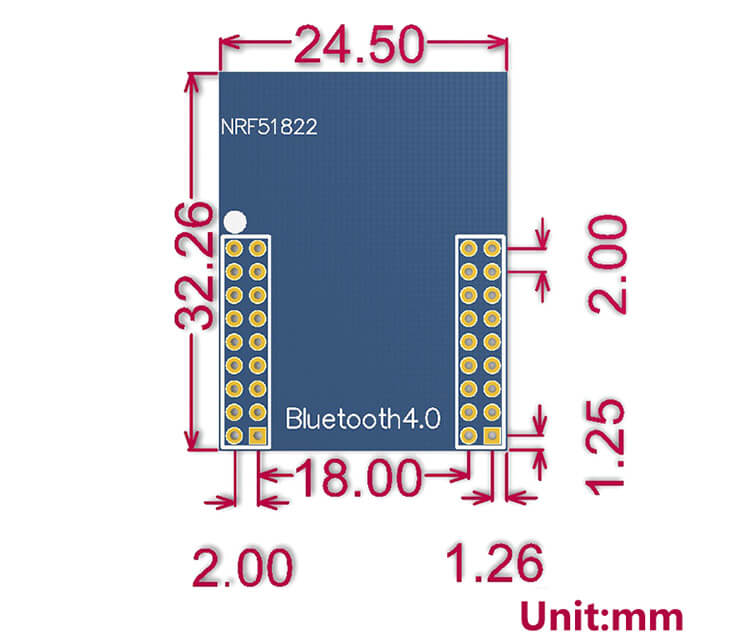 My core51822 module has caused me a bit of headache. The headers are 2.00mm pitch rather than the typical 1" (2.54mm) pitch. This makes it incompatible with regular 1" pitch breadboards. Being double row makes it worse.

After searching a while I was able to find two compatible cables. First some regular cables that fit the specs - 2mm pitch 2×10 IDC connectors. Second is even cheaper - 44-pin laptop IDE cable​. I accidentally got the 2 inch cable, I should’ve got the 8 inch. 8 inch would’ve given me more wire to play with, enough to save both end of the cable.

If you buy a longer cable you can simply cut the cable in half and get two 2×24 cables. With the 2" cable I got I couldn’t afford shortening the wires any further. I removed the connector from one end by breaking the tabs on the side 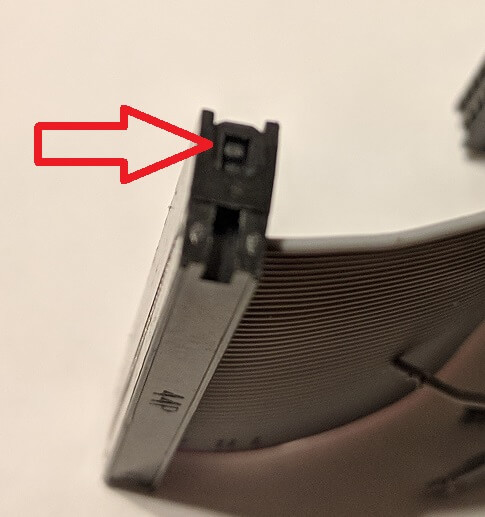 Removing the plate revealed the pins on the connector underneath. I popped off both sides to confirm which wire went to which female pin. The pins are mirrored top and bottom row so I can look at the puncture point ( top or bottom) and determine which row it leads to. I could probably read the specs but this was faster.

I glued the plate back on one side and fully removed the connector from the other. A few seconds with a hacksaw gave me two connectors. I managed to mangle only a couple columns and was left with 2×10 and 2×11, slightly more than I needed for the core51822’s 2×9 headers. I superglued the cut ends to keep the plate on. 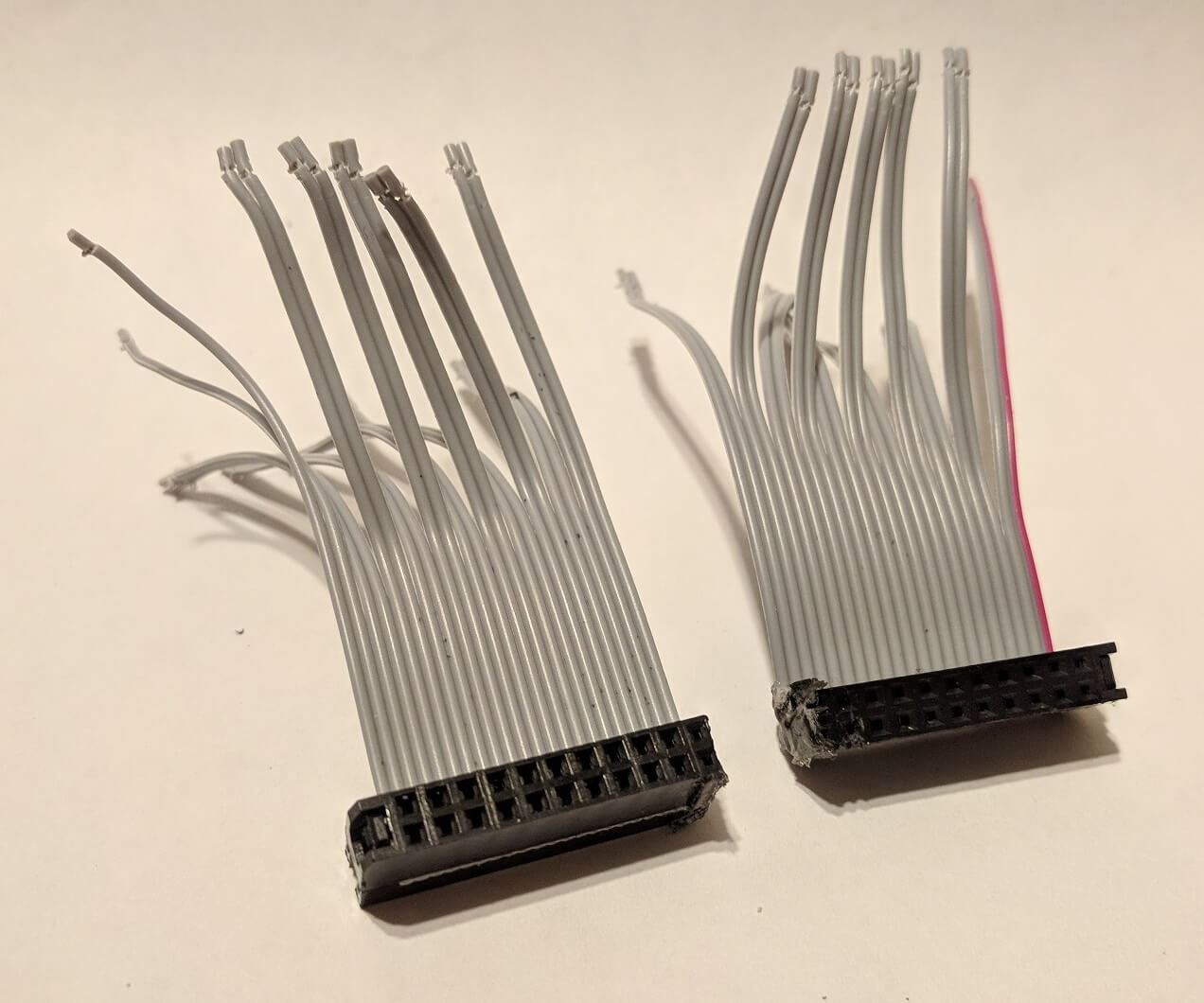 I pulled the wire apart in pairs so that each pair is a column, making it easier to handle when breadboarding. The stranded wire isn’t quite suitable for breadboards so later I soldered a tiny segment of 24AWG wire onto the end.

End result is a pair of connectors for 2mm pitch header breakout. Conclusion? It works but doesn’t have much advantage over the regular 2mm pitch IDC connector. I saved $1.50. Do yourself a favor and get a module that uses 1" headers in the first place.