My goal is to eventually run everything off a battery backup circuit. Most common systems run on a 12v battery. To start im start off with a few basic things and getting everything running from 12v.

This controller came with a few negatives right off the jump. I dont want to link to a bad controller but ill still describe what I did. 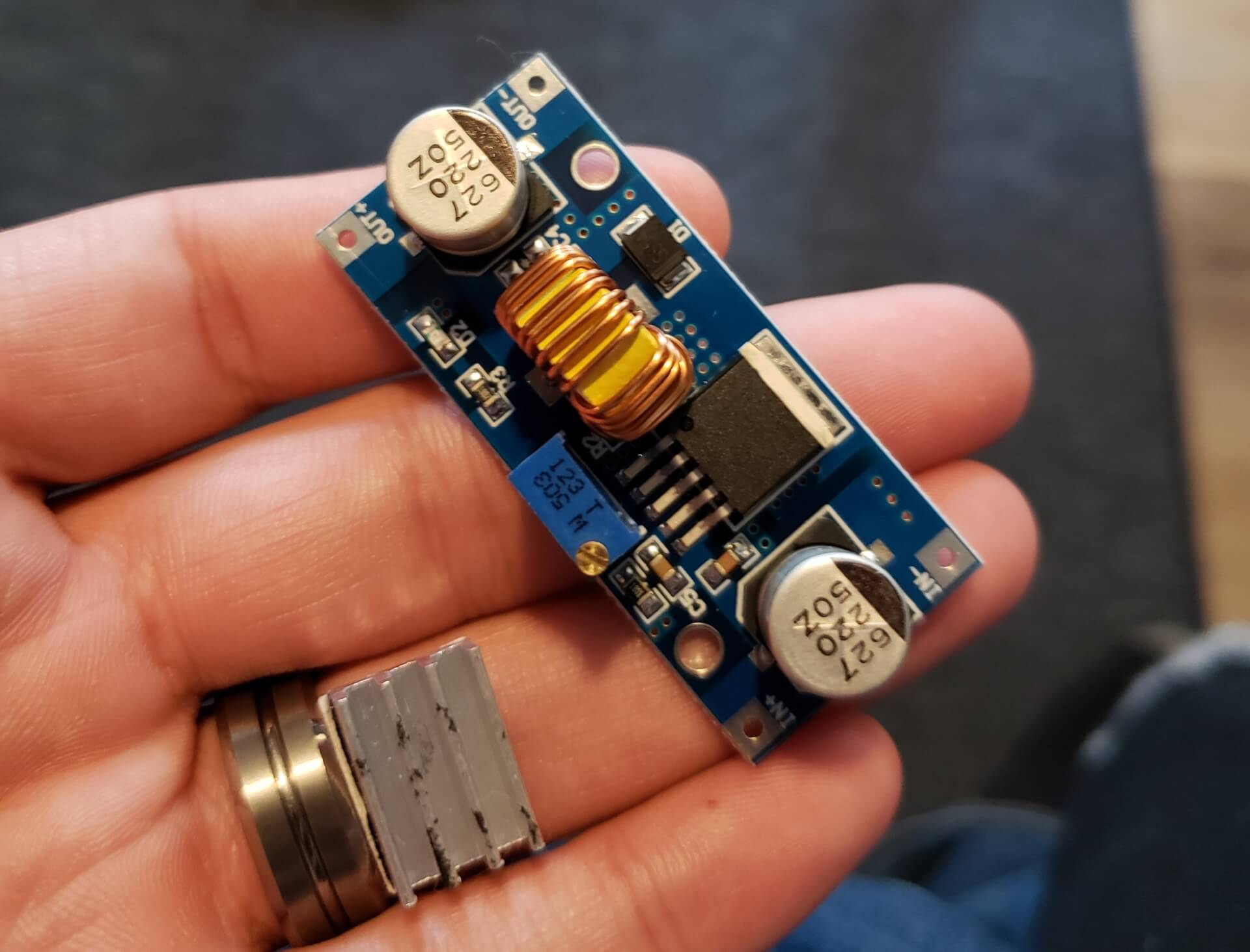 After a couple of minutes fiddling with it. I realized the variable resister was bad. I traced the wires and its only being used as a signal voltage not for power source. It was safe for me to use a basic resister in place. 4 tries later i found one in my bin. 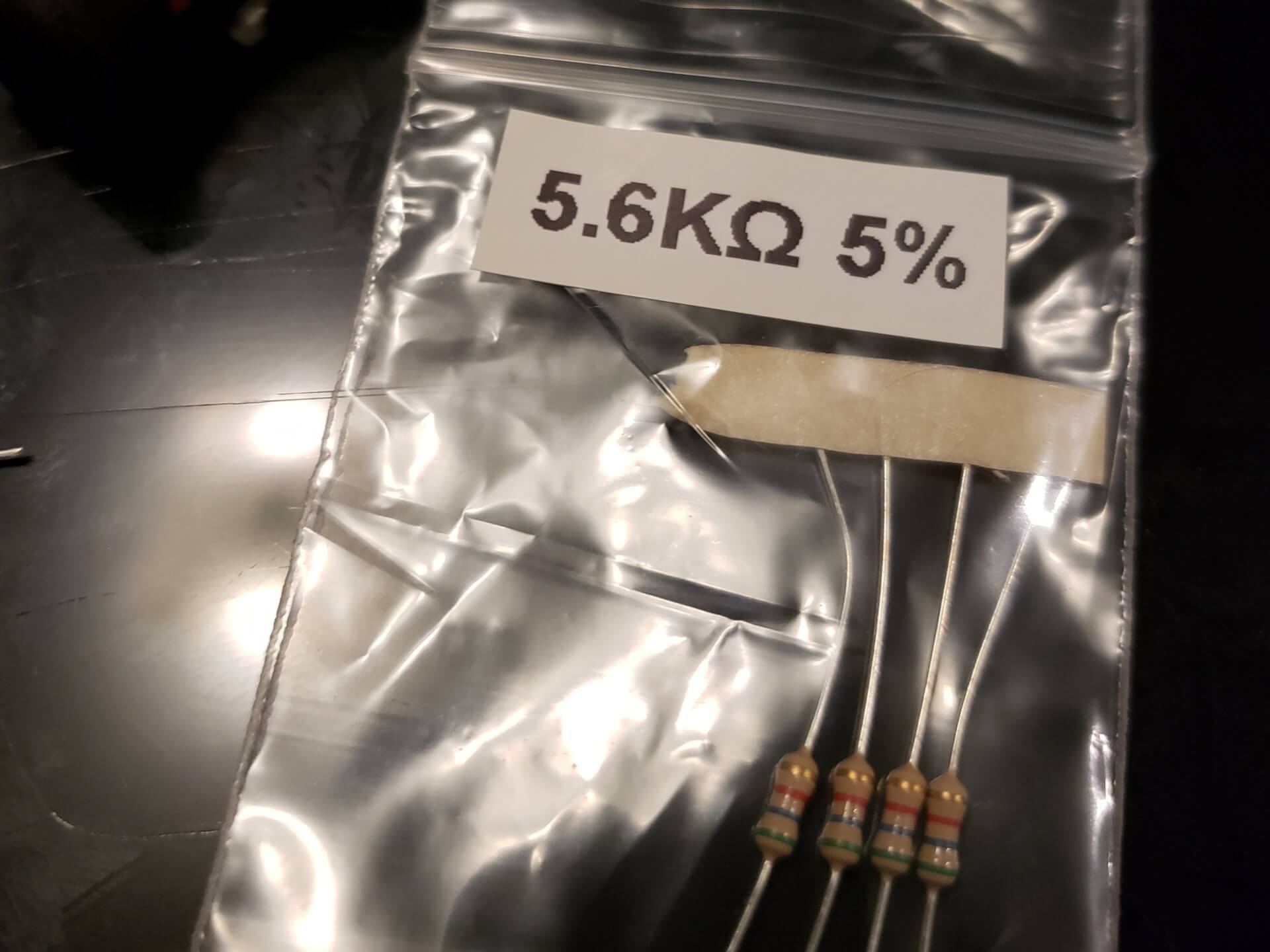 5.05v is what this resister brought me to. Perfect replacement, time to solder it on. 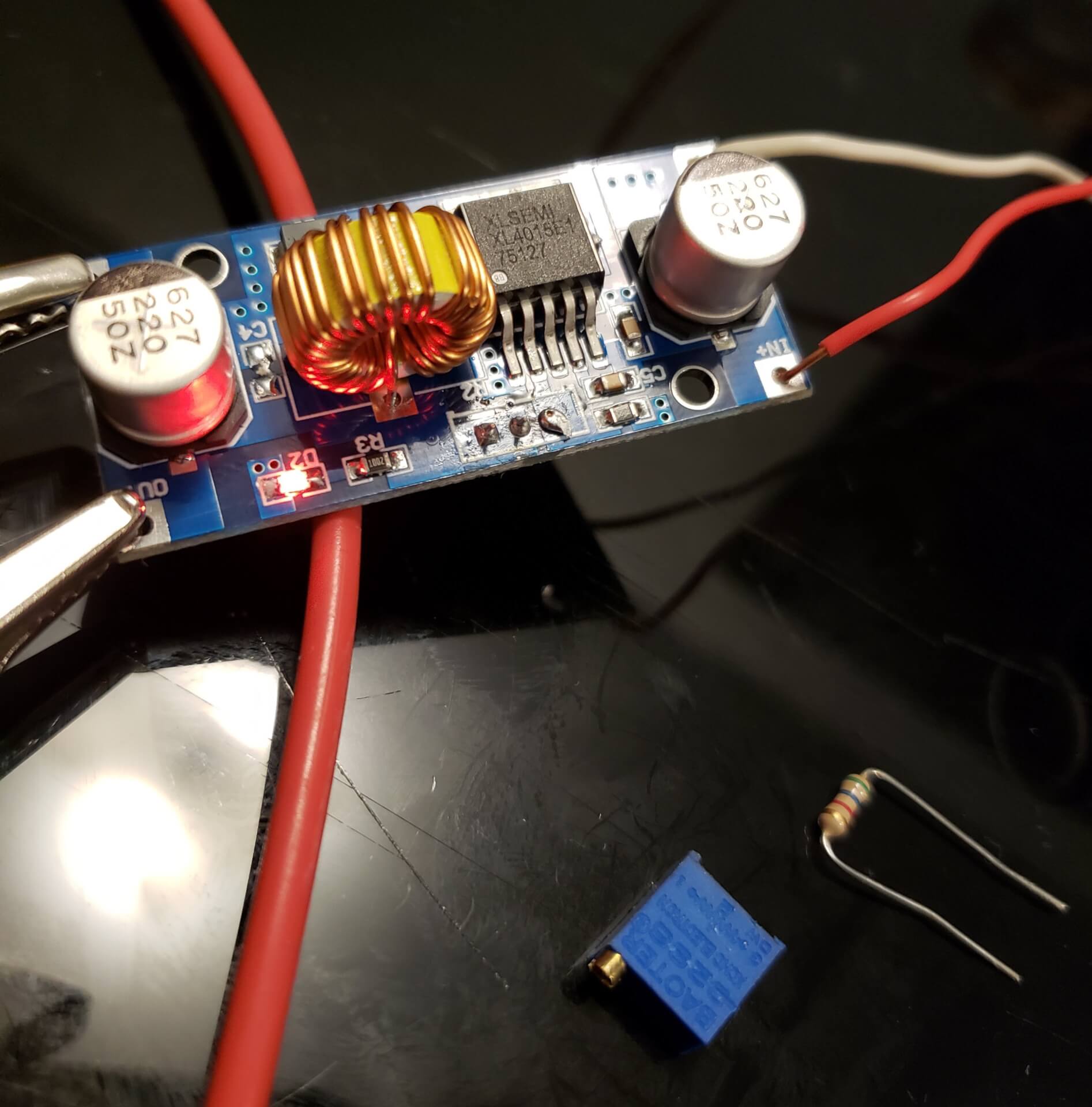 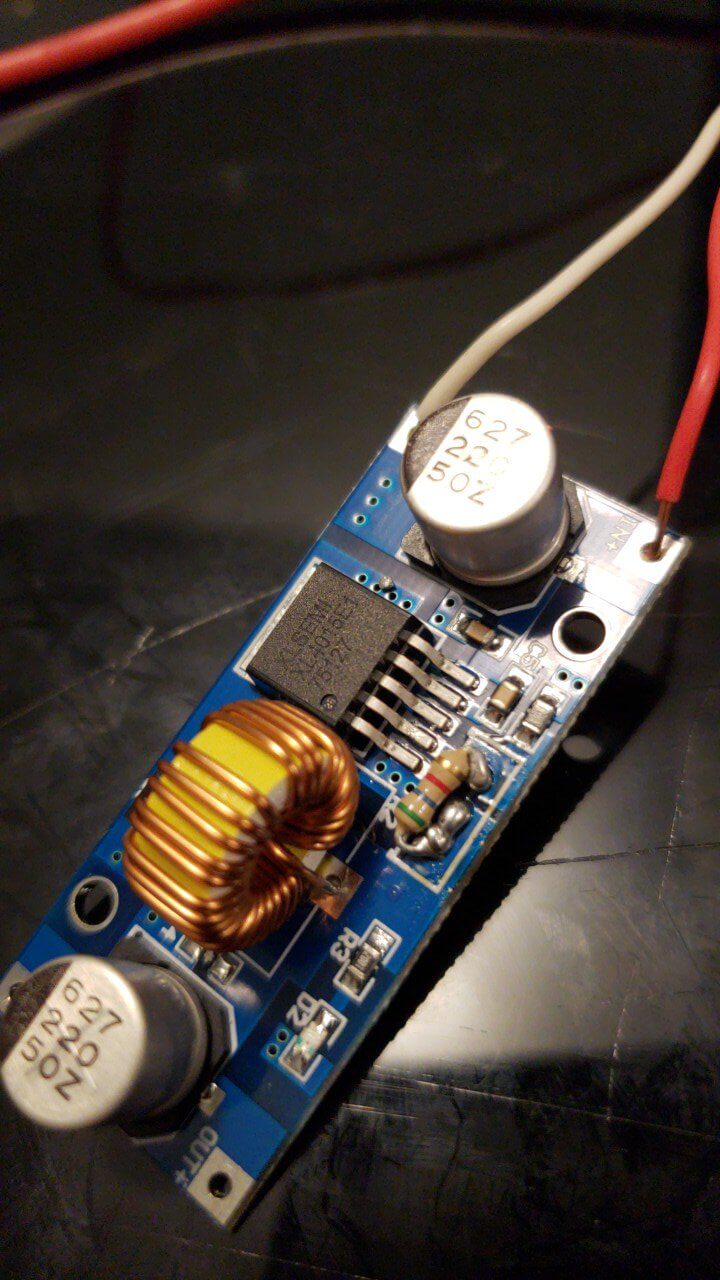 Now lets get it mounted inside my power supply. 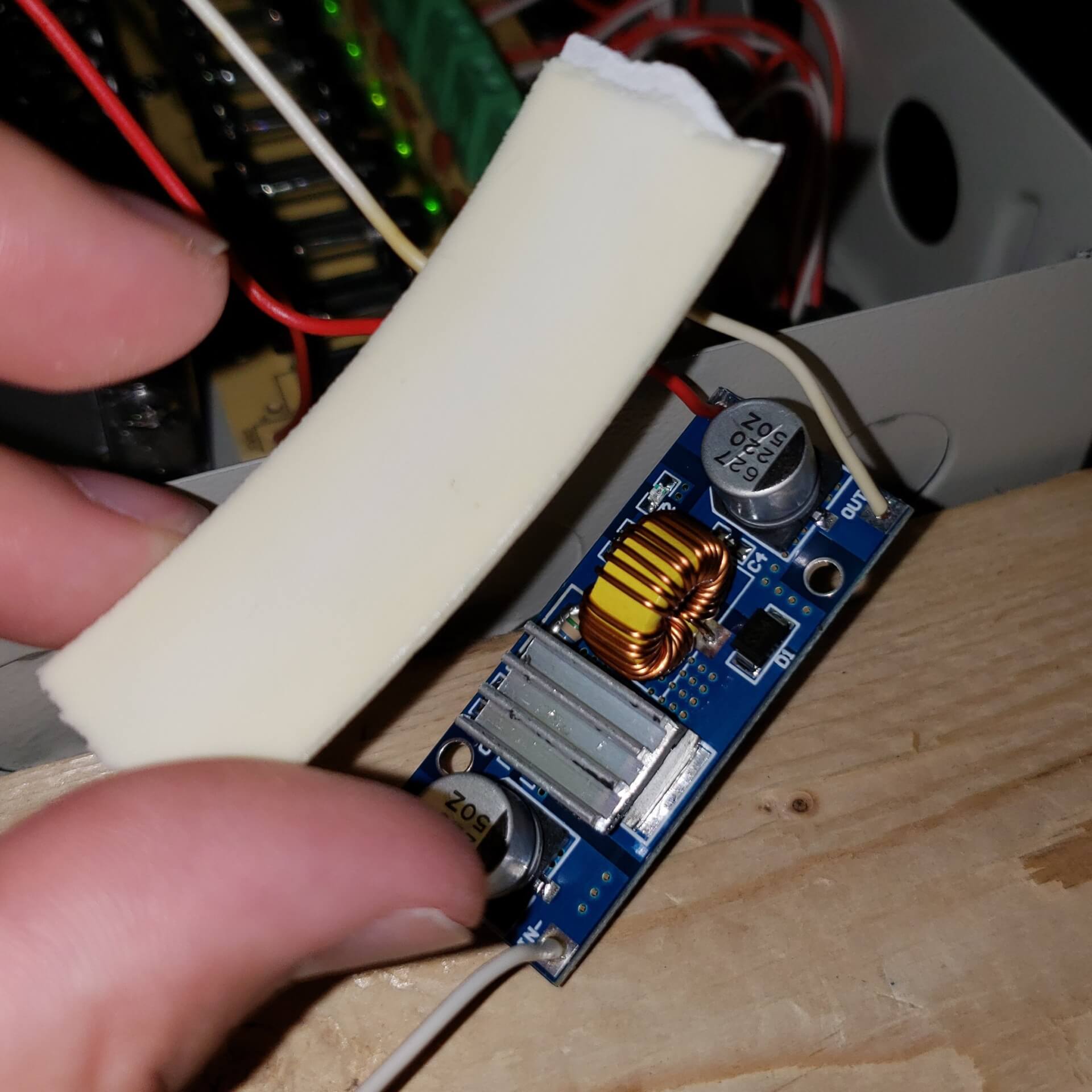 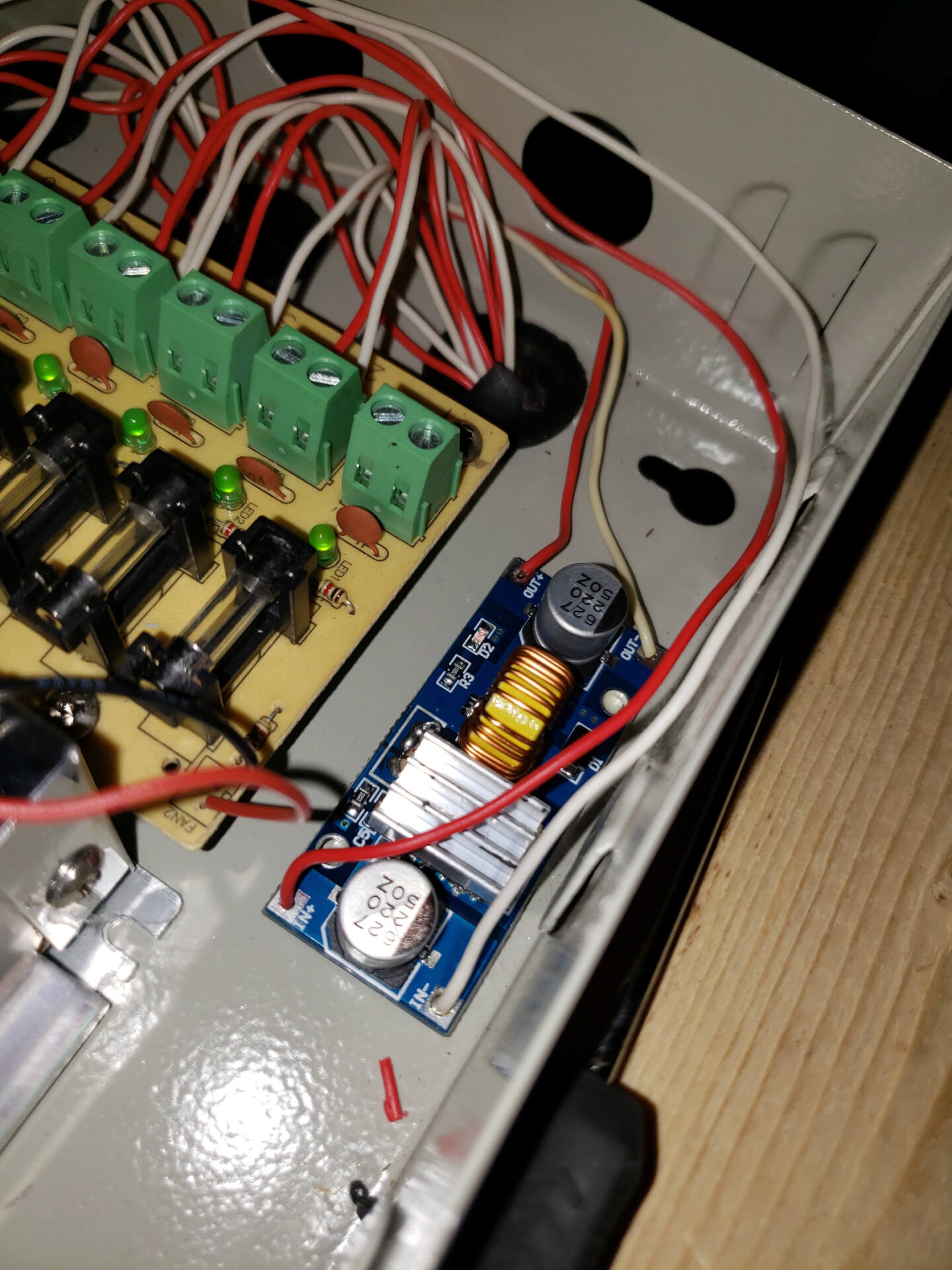 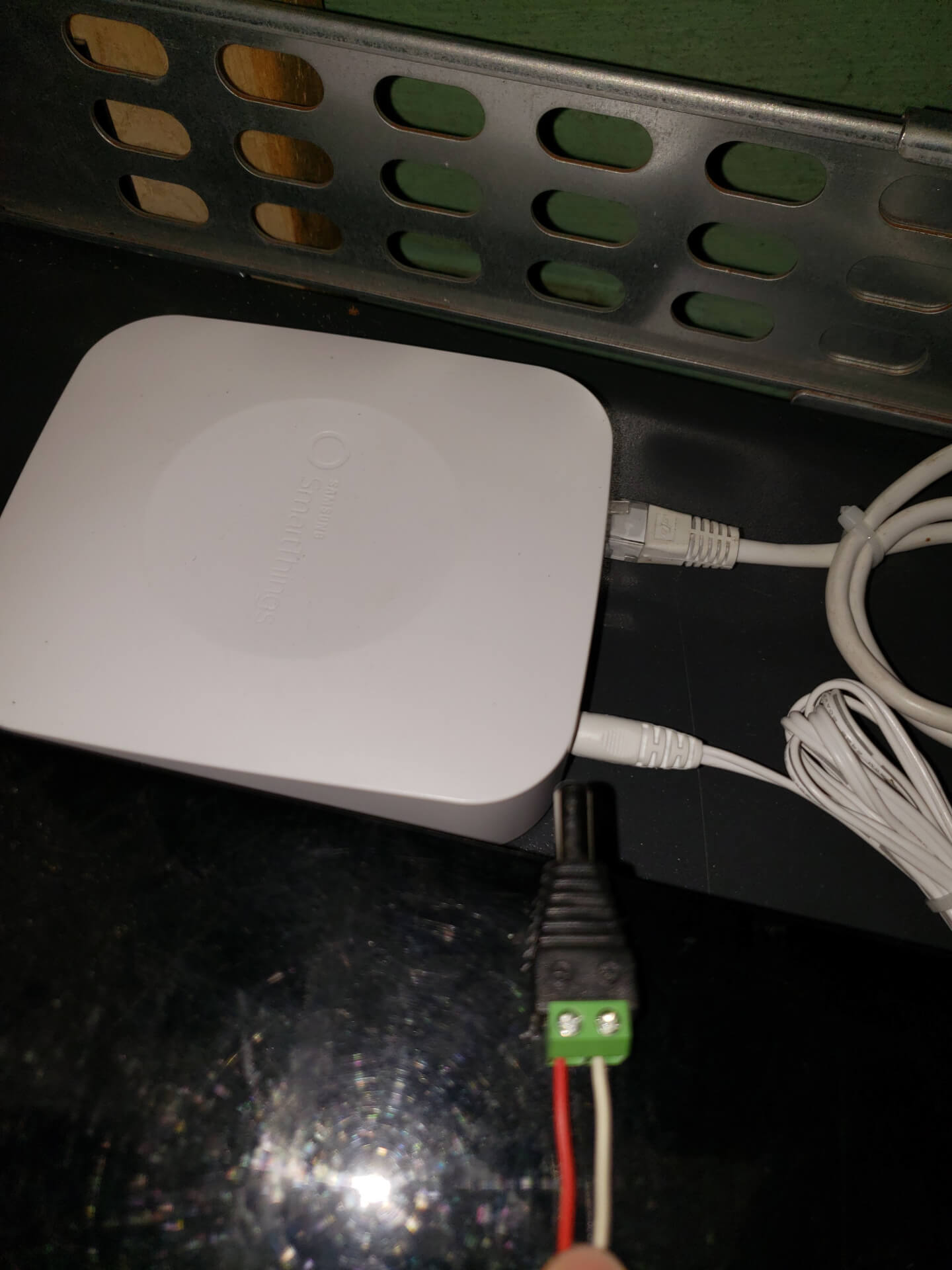 After mounting this and plugging it in. It reduced the power usage by about 250ma. I was also able to add other devices to the circuit after noticing the smart things hub did not use the power specified on the original adapter.

Other devices were easy. Everything was running on 12v already so it was a matter of cabling it all together. 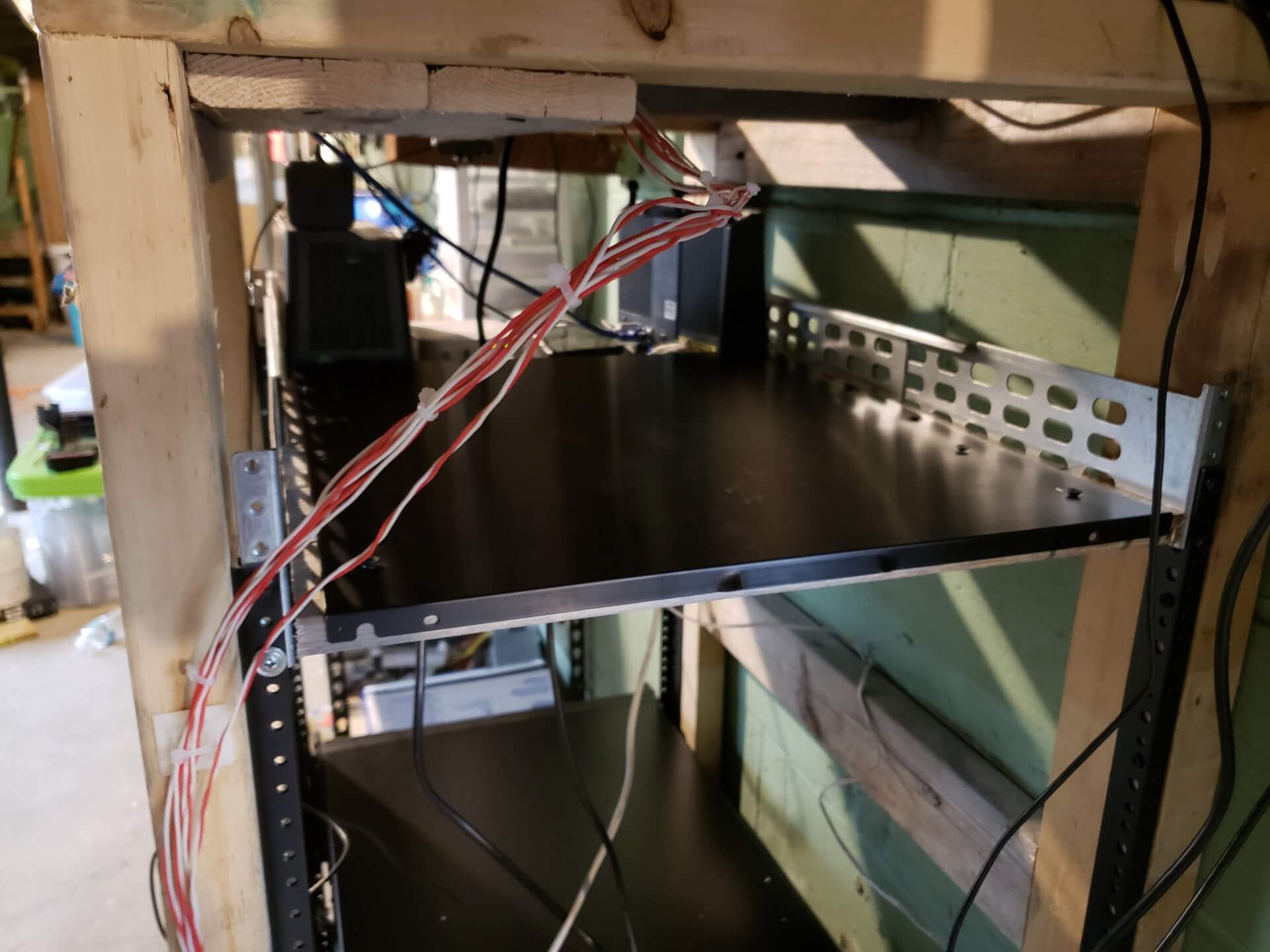 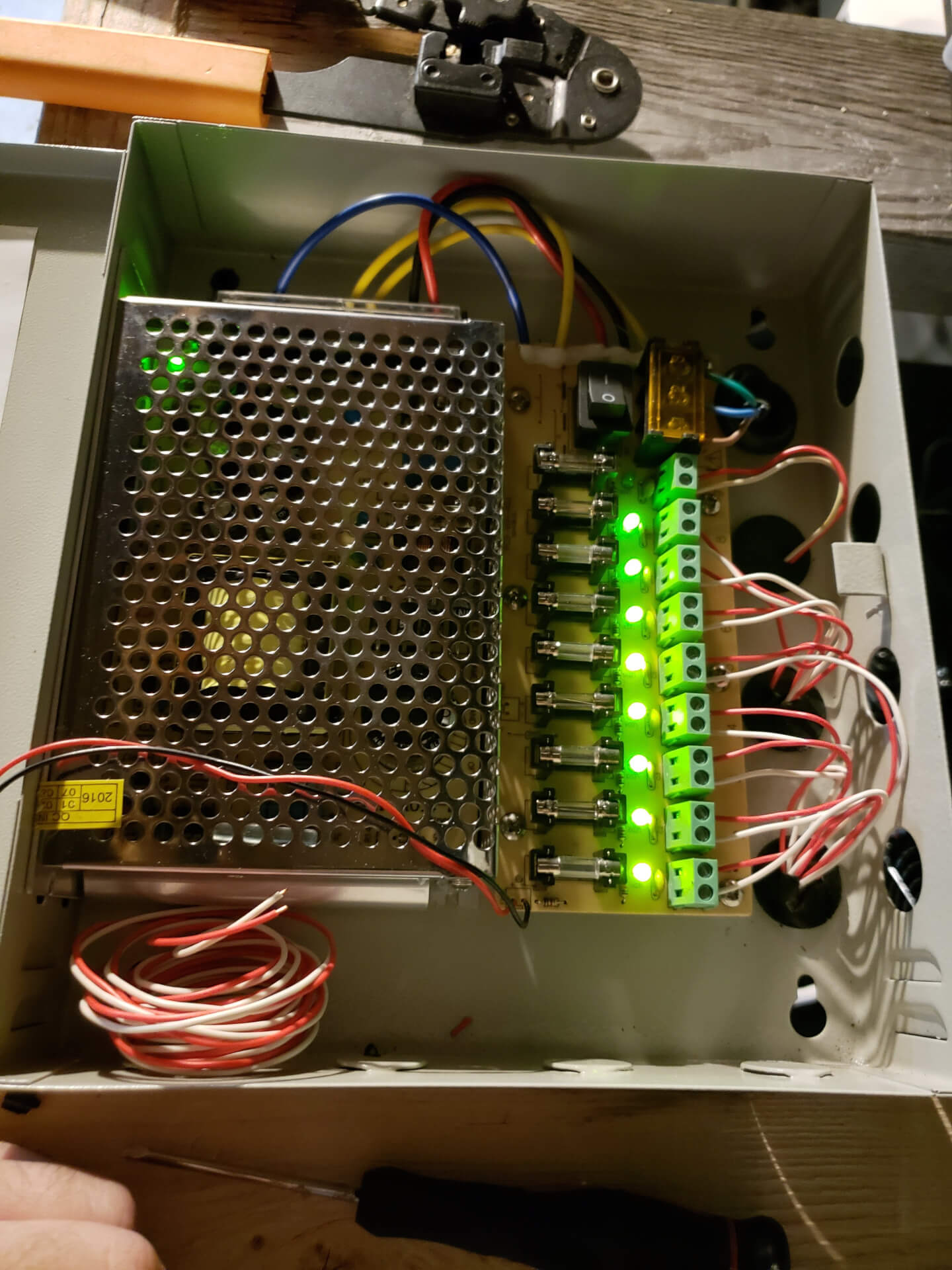 After I had the cables hooked up. I added connectors on the other ends to the devices. 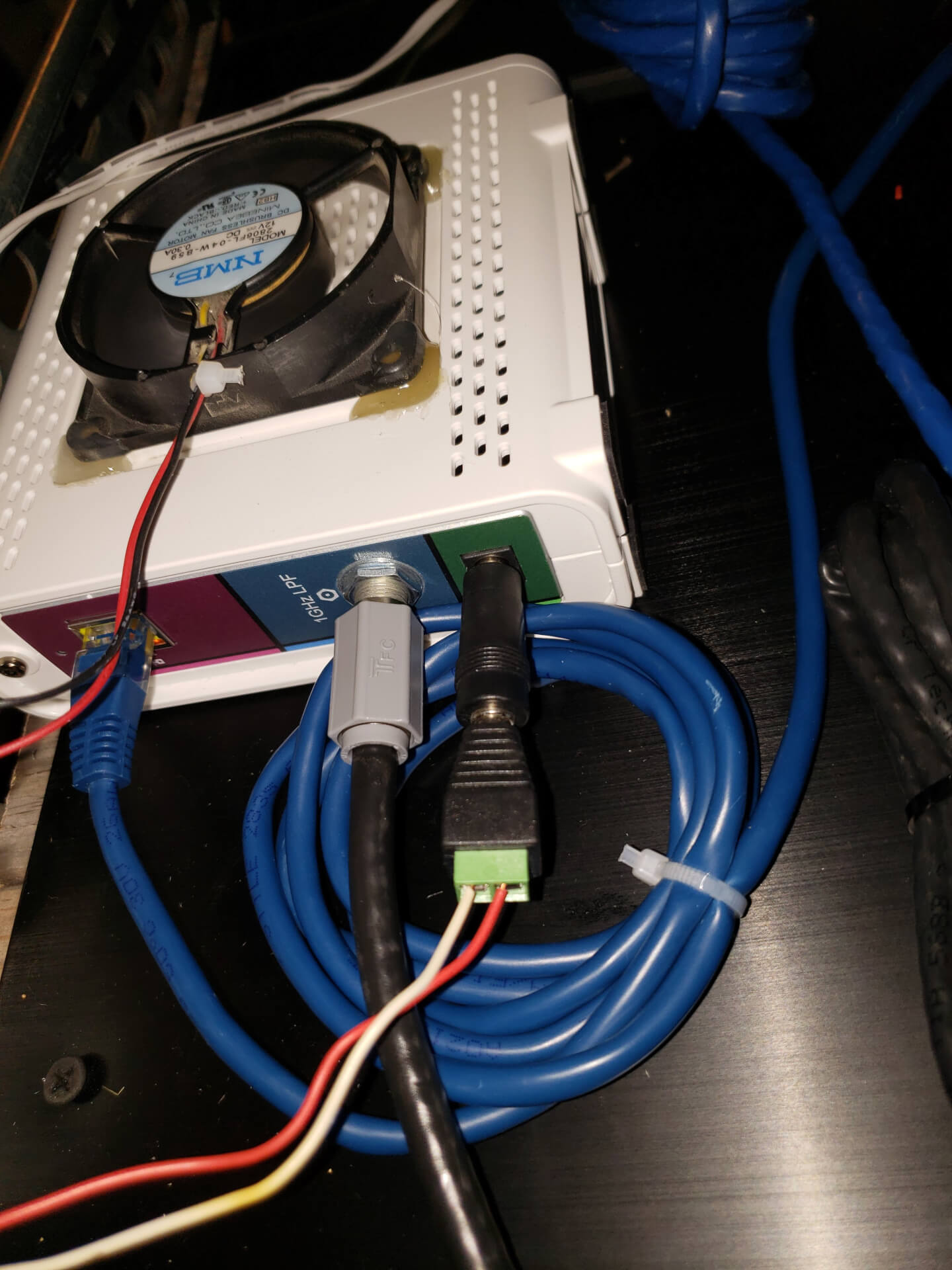 With most of my devices but servers switched over I can begin work on a battery backup system. I will be detailing that in a future blog post.